“Where’s the bidder’s list?” is one of the most common questions we receive in the plan room and one of the more difficult questions to answer to the satisfaction of some of our members.

Unfortunately, an accurate bidder’s list is no longer possible for several reasons. 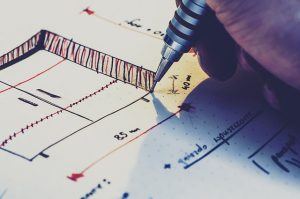 There are a number of reasons, but the four most common are:

1. The nature of online distribution

By far, the greatest hurdle is the decentralized nature of online distribution. Because most public works jobs are posted online, the originating agency cannot track who views or downloads the files, who decides to prepare and submit a bid, and how these documents are re-distributed after they are accessed.

For example, let’s imagine that the Dept of Reclamation needs a work-shed repainted at Keswick Dam. After going through their internal system, the job is posted to Fed Biz Ops and a bid date announced. From there, Shasta Builder’s and Valley Contractors re-post the job to their respective networks and announce the job to their thousands of members. But that’s not all:  other plan services like

But that’s not all! Other plan services like eBids, Dodge, BickClerk, ConstructionWire, PlantBids, CaliforniaBids, and others also repost this job to their members and subscribers. Currently, none of these networks communicate with one another and none of them reports back to the originating agency. Muddying the waters further, thousands of potential bidding contractors from around the country could potentially access the original listing and bypass the networks altogether.

Any contractor who has ever reconsidered a potential bid after learning who else is planning to bid on the same project should understand immediately the concern contracting agencies may have with revealing the bidder’s list. Posting an incomplete list early generally benefits contractors who submit their bids later.

Consider the contractors you know in the area. You know who tends to bid high, who seems to always have impossibly low bids, and, as a result, you or your estimator often consider the competition when drafting a bid proposal. Do we really want government further complicating the bidding process by holding and/or revealing bidding contractors at the advantage or disadvantage of other bidders?

Publishing a site visit list, a plan distribution list (list of Primes, Exchanges, and Bid Networks), and a list of submitted bids are each different in nature, consequence, and their respective effects on the bidding process.

3. Accidental or improper handling of bidders lists could run afoul of FOIA and other oversite requirements

Improper documentation, typos, omissions, and other incongruities could result in legal challenges and penalties. What’s more, FOIA challenges, either successful or unsuccessful, tend to complicate the process, increase cost, and extend the start time of the contract.

4. The contractors themselves not revealing their intentions to bid

This one is self-explanatory. To the degree possible, we play our cards close to the chest and don’t reveal our hands prematurely. Bidding contractors tend to follow the same precautions when preparing and submitting bids. Why announce your winning hand before all the bets have been placed?

For subs, not knowing the bidding GCs can be particularly frustrating, however, plan room best practices can provide some clarity: Check project activity – Generally speaking, project view frequency correlates closely with bid submission. Simply, the more times a contractor views a project, the more likely he is to actually submit a bid.