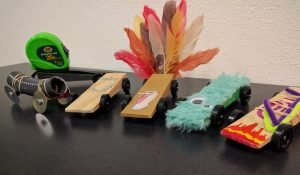 Prototypes for the Nerdy Derby at Shasta Mini Maker Faire 2016

SBE’s Trade School partnered with CHYBA to sponsor, design, operate and supervise the Nerdy Derby for the Shasta Mini Maker Faire which was held on Nov. 12, 2016. Months of planning, meetings, and gathering materials went into the efforts for our first ever gravity race. Steve Baczkowski, our electrical instructor, redesigned a track based on plans that Michael Woodward ferreted from the internet. Steve solicited wood from our member Sierra Pacific Windows and the metal posts from member North Valley Distributing. We’re very grateful to our members for their generosity and to Steve for donating so much of his time to make this a reality for the community.

California Heritage Youth Build Academy came to our aid with much-needed help for the construction of the track. Broadening our collaboration with them on this project gave students the opportunity to work on a challenging project and gain skills for their future careers. It gave the Trade School our beautiful track. We’re grateful and proud of the work that the students at CHYBA did on this build. Thanks to Lane Carlson for coordinating and his fine sanding skills. They also sent us fabulous afternoon helpers, Jennifer Fox and David Rutherford.

It all started with Beth Brockman sending Tracy Lokstadt and Michael Woodward off to a meeting about the Shasta Mini Maker Faire. It blossomed into an explosive event for local children, and adults, to be creative and scientific. Paradigms were broken with design and implementation of cars.

Excutive director, Joe Chimenti, fabricated not one, but four fantastical designs with materials from our electrical program. He also earned the “Best Wipeout” award when the paragon of his designs crashed to its demise from the height of the track. The dean’s personal favorite was, of course, her own turkey car. Not to be outmatched Cristy Cubitt added a bright neon green tape measure to the top of her creation. Bella Finck and Lori Flugrad provided us with extra oomph by assembling their flamboyant car-hats and drawing in the crowds.

And there were mobs. The event was an absolute crush. Between the one hundred and fifty cars donated by SBE and the two hundred and fifty-four provided by Turtle Bay Museum, four hundred inventive and crazy creations were made. Many of which sailed down the twenty-four-foot track at amazing speeds. Others fractured and fragmented. Awards were given for fastest, slowest, best-of-show, best wipeout, and most creative.

While Joe Chimenti, Michael Woodward, Chad Scott, and David Rutherford hammered on wheels to beat Santa’s elves best time, Debi Chimenti tirelessly directed the children and parents and assembled wheels. The event was a resounding success due to tremendous positive attitude and energy of the staff and volunteers.

The Shasta Builders’ Exchange made a great impact on many kiddos at the Shasta Mini Maker Faire. We also got the word out about the Trade School. Many adults were happily surprised that we had one in Redding. As the faire attendees were people who liked working with their hands, we had just the right audience.

Wonderful to sponsor and participate in this great community event.

Big thank you to our members for making Shasta Mini Maker Faire and the Nerdy Derby a success! 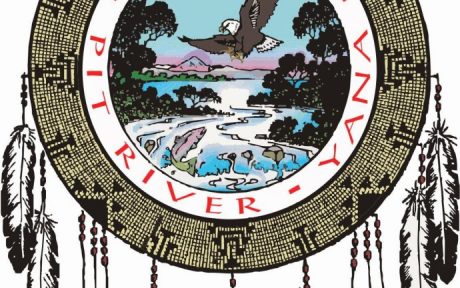