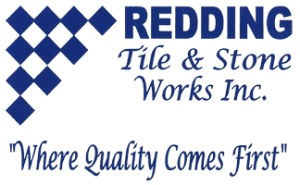 Maybe he made you smile or laugh. Maybe he went the extra mile for you on a project. Or maybe he rubbed you the wrong way at a job site, as he often did, while on his visits to ensure that quality work was being done on the job.

The story of Redding Tile is not merely the story of a tile company. It’s is the story of Chuck himself who, channeling the spirit of all great American entrepreneurs, packed up his belongings, his wife Brenda and daughters Maria and Christina in tow, and left behind everything he always knew in the big city of San Jose to come up here to a small town called Redding. His dream, knowing hardly a thing about the industry at the time, was to start a tile business. With courage (and the provision of his family at stake) he followed a dream not knowing if he would succeed or not.

In a nutshell, that’s who Chuck was. He could and would do anything he put his mind to. Anything. Even learning his trade from a library book. And he would do so in such a way that others could follow in his steps. Chuck was a trailblazer, and it’s evident in the company he created that still stands 25 years after he moved north. Clearly, since many know him now, and since most of us know the name Redding Tile and Stone Works, he did succeed. But not without getting dirty from hard work and overcoming great obstacles.

Redding Tile was started in a home office and a storage unit for the better part of a decade. During that time Chuck did a lot of the manual labor himself. Five years after he began, Chuck had his best idea yet. He wanted to be the first granite fabricator in the North State and invested in his first slab saw as well as his first shop outside of his home. He then began finding and training skilled granite fabricators to polish and fine-tune counter tops made out of natural stone.

Having Granite Fabrication changed everything for Chuck and for Redding Tile, which then became known as Redding Tile and Stone Works. Being the only fabricator in town at the time, business skyrocketed. Soon Chuck would incorporate and purchase his first full showroom and filled it with hand-picked designer tile lines that could set Redding Tile and Stone apart from other tile and granite stores in the North State. He also hired skilled tile setters and insisted on the best quality and craftsmanship. He also hired unskilled labor and they were taught by Chuck to be the best.

Redding Tile and Stone would become know for what it is today. High-quality materials, trendsetting designers, superb fabrication, and excellence in installation. Many of the employees who started that work are still with Redding Tile today, and the quality and beauty of that work continues.

In the summer of 2014, Charles passed away on Lake Shasta doing what he loved most: Being on the water. Fishing. And above all, being with family, laughing, and loving life. Though Charles is gone, his spirit lives on within Redding Tile & Stone. He believed above all things, quality was the most important thing. The company’s original slogan which stands today, “Where Quality Comes First,” was something he lived by and required of all his workers. The torch has been passed now, and today Redding Tile & Stone continues to grow and expand through the hard work of loving family members and long time apprentices of Chuck who seek to ensure the integrity of his dream persevered.

Before his passing Chuck often talked about of his concerns when it came to a downtrend in people seeking work as tradesmen. He desired to be a part of that solution. And though he is physically gone, he will still be able to do that through the Charles Candelaria Memorial Foundation which will seek to educate, inform, and employ people of all age groups, genders, and cultures who wish to learn a skill in
a builder’s trade.

The most successful business leaders in the country will tell you that their success stories start with an owner or leader who invests in the people they employ. Chuck was a high quality, trend setting, superb, and excellent leader and he left behind that legacy not only for his company but for any person who knew him. But his story didn’t begin at the top, it began when he strapped on a pair of knee pads and laid the tile himself. Quite literally, his success was built from the ground up. No doubt, from Heaven he still truly desires to see others benefit from the trail he blazed and build something of superb quality from the ground up. His spirit will live on through his family at Redding Tile & Stone and through many others thanks to his foundation.