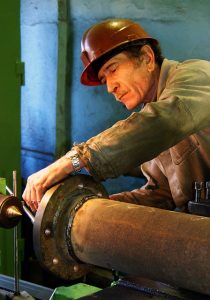 A trio of bills has been introduced in the House of Representatives to amend the National Labor Relations Act in an effort to roll back some of the more aggressive changes to the union representation election process implemented by the Obama Board. The Workforce Democracy and Fairness Act (H.R. 2776), Employee Privacy Protection Act (H.R. 2775), and Employee Rights Act (H.R. 2723), have all been introduced and referred to the House Committee on Education and the Workforce, which will hold a legislative hearing on the bills next Wednesday, June 14, 2017.

The Workforce Democracy and Fairness Act, introduced by Rep. Tim Walberg (R-MI), is described as a bill to “amend the National Labor Relations Board with respect to the timing of elections and pre-election hearings and the identification of pre-election issues.” The text of the bill would amend the Act to require that in all representation (RC) elections, within 14 days of the filing of a petition, an “appropriate hearing” would be held.

That hearing would be: non-adversarial with the hearing officer charged, in collaboration with the parties, with the responsibility of identifying any relevant and material pre-election issues and thereafter making a full record thereon.

This change to the statute would restore the decades-old procedures, pre-dating the April 2015 “Quickie Election” rules, whereby the Board would seek to resolve significant legal issues likely to impact the election prior to the conduct of the election. This bill would also require a period of at least 35 days between a petition and the conduct of an election — up from the current median, 23 days, and the prospect under the current rules of an election as soon as 13 days after the filing of a petition.

Moreover, the second half of the bill would expressly incorporate the Board’s traditional “community of interest” factors for determining the appropriate unit in a representation proceeding. This inclusion would restore the decades-old standards cast aside by Board in its 2011 Specialty Healthcare decision to facilitate micro-unit organizing.

The Employee Privacy Protection Act, introduced by Rep. Joe Wilson (R-SC), seeks to “amend the National Labor Relations Act to require that lists of employees eligible to vote in organizing elections be provided to the National Labor Relations Board,” among other protections. Prior to 2015, the Board’s longstanding Excelsior Underwear doctrine required an employer to provide to the Board, within 7 days of the Direction of Election, a list of all employees eligible to vote, including a home address for each. The Board’s April 2015 “Quickie” rules modified this, so that the employer is required to provide the list within two days, and directly to the petitioning union. Moreover, the alphabetized list must include the full names, work locations, shifts, job classifications, and contact information (including home addresses, available personal email addresses, and available home and personal cell telephone numbers) of all eligible voters[.]

This bill would for the first time memorialize the obligation in the statute itself but would restore the seven day time frame and the Board as the recipient of the information. In addition, it would require that only one piece of contact information be provided for each employee, to be chosen by the employee him or herself.

Finally, the Employee Rights Act, introduced by Rep. Phil Roe (R-TN), purports to “provide protections for workers with respect to their right to select or refrain from selecting representation by a labor organization.”

The text of the bill would amend the National Labor Relations Act, among other things: