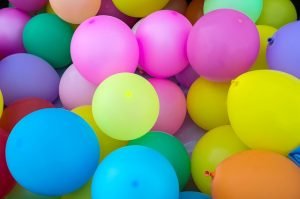 I, along with my wife and several friends, had the pleasure of celebrating Redding during Viva Downtown’s 21st annual Redding Beer and Wine Festival: the art of craft brewing, winemaking, and culinary arts.

This is Viva Downtown’s major fundraiser for 2017. Festival proceeds support Viva’s numerous projects aimed at revitalizing the social, cultural, and economic dynamics of our downtown. And, this year, the event highlighted the recognition of the downtown Redding’s Cultural District as part of the state’s new cultural district program.

The festival drew close to 2000 people and all enjoyed food, beer, and wine from more than 40 brewers and winemakers as well as about 20 restaurants. Local artists and artisans shared their creations as the crowd embraced the beautiful fall weather, the music, and the sense of community that is so important to all of us.

It was great to see downtown filled with people of all ages and backgrounds, enjoying not only the festival but the local restaurants and entertainment “hot spots”.

On evenings like this, the potential and possibilities for our City become obvious and attainable.

The success of a community starts with its people…and we are blessed to have the very best!