Developing Our Economy: Forum I 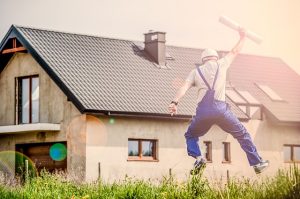 On January 18, the Shasta Builders’ Exchange, along with Shasta Voices and the Redding Chamber of Commerce, hosted the first in a series of public forums related to promote economic development. Over 100 people attended including elected officials, prominent builders and tradesmen, as well as members of the press (read David Benda’s article at Redding.com).

A primary tenet of the Shasta Builders’ Exchange is to promote economic development, thus helping to drive the construction industry. Working effectively with local building departments is critical to producing consistent, sustainable growth. So, our first forum was with the Development Services Department for the City of Redding.

Larry Vaupel, Director of Development Services, Paul Hellman, Planning Manager and Jim Wright, Building Official, comprised the panel. They answered questions that were given to them in advance by the hosts, followed by questions from the audience.

The Forum lasted 2 hours and the audience remained engaged. Most reviews were favorable, although some labeled it as another “dog & pony show” by the City.

Our intent was to provide a constructive forum for the community to effectively interact with key City staff. The goal was to open dialogue, and “pull back the curtain” on the mystery, and perhaps misinformation that is often generated in the public domain.

I believe we accomplished that goal.

Creating effective dialogue, better understanding the governmental processes, and having a community “voice” in decision making are significant elements for building a sustainable economy. We believe this forum was a good first step.

NEXT: COMING IN MARCH