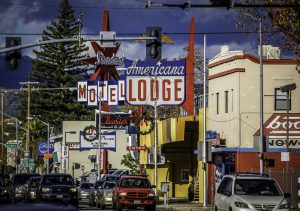 At its meeting of December 6, 2016, the Redding City Council unanimously accepted the Downtown Redding Transportation Plan, which will now be incorporated into the update of the Downtown Specific Plan.

In 2016, The City of Redding initiated the Downtown Redding Specific Plan Update, which will build upon the adopted Downtown Specific Plan. It will provide clear direction for development and create an economically viable strategy to develop Downtown to its fullest potential and establish it as a destination in the “heart” of the City. Officially, the Specific Plan Update will include review of a range of topics including:

The October 2016 announcement a $20 million grant awarded to Redding by the California Strategic Growth Council paved the way for downtown Redding’s redevelopment and K2 Development’s plans for a 4-story building to be constructed at the site of the old Dickers building. Acceptance of the Downtown Transportation Plan provides for opening up Market Street to vehicular traffic (between Shasta and Placer Streets).

You are encouraged to be involved in the update of the Downtown Redding Specific Plan (downtownreddingplan.com) by participating in an online survey in January 2017. For more information about the Specific Plan, please contact Paul Hellman, City of Redding Planning Manager, at (530) 646-3746 or phellman@cityofredding.org. PlaceWorks, Inc. (placeworks.com) is working with the City in preparation of the Plan, which is scheduled to be completed in fall 2017.