Contracting without a License

Contracting without a license could be a felony in Shasta County 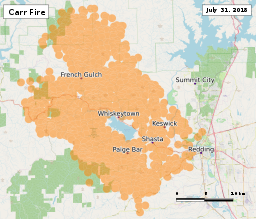 As our community begins to rebuild, homeowners and businesses will need to rely upon the work of competent and licensed contractors. California law prohibits acting in the capacity of a contractor, including debris removal, unless licensed by the CSLB. By law, an unlicensed contractor may perform home improvement work only if the value of the project, including labor and materials, is less than $500. Any advertisement for contracting must include the contractor’s state license number or indicate that the contractor is not state licensed.

Under typical circumstances, contracting without a license is a misdemeanor. However, when such contracting occurs in connection with the offer of performance of repairs to a structure for damage caused by a natural disaster for which a state of emergency has been declared, it may be charged as a felony, punishable by up to three years imprisonment in county jail and a fine of up to $10,000.  Governor Edmund G. Brown Jr. declared a state of emergency covering Shasta County on July 26, 2018. Report any unlicensed contractors to District Attorney’s Office Consumer Protection Unit at 530-225-5391.