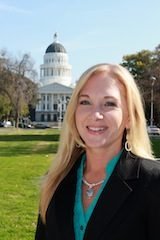 When the State Legislature ‘rains’ new law on the contractor parade making their intent clear can get a little murky. Sometimes those rules and regulations for contractors are as clear as…mud! Let’s dig into this ‘legislative’ ‘mud’ to clarify some questions that seem to bubble up regularly! It may seem familiar, but consider it ‘continuing education’…

Referral Fees Exceeding $5
Q: I have a scenario to run by you that I’m hoping you have some insight on. There is a local hardware store which has contracts with tradespeople (mostly licensed contractors, some unlicensed ‘handymen’) that stipulate a fixed percentage fee to be paid from any jobs being referred to that tradesperson.

They are a licensed General Contractor. They are also a Hardware Store. Is it legal for them to accept referral fees from Licensed GCs?

If it’s not legal, would canceling the GC license make it legal?

A: Referral fees exceeding $5 between two contractors for the procurement of a home improvement contract are unlawful.

However, in discussions with the CSLB, if the hardware store is acting as a retail establishment and not a contractor the prohibition would not apply. The hardware store does not need to cancel their license, only not have contracted with the homeowner. For example, if they responded to a plumbing leak and then referred a general contractor to repair the water damage.

Classifications Authorized to Install Automatic Gate Systems
Q: We have a “C-61”/”D-28” (Doors, Gates, and Activating Devices) license and install automatic gate systems. I would estimate that at least 75% of our competition comes from contractors with licenses other than the correct one. These include Fencing, Structural Steel, Electrical, and Ornamental Iron licenses. They are even hired by GCs to install automatic gates. It seems to me that as long as a company has a license of some kind, the CSLB leaves them alone. This can easily be ascertained by looking at advertising and checking what license they have. We are not looking to create enemies, but the automatic gate industry has safety standards that these companies either ignore or don’t know about, creating the possibility of serious injury to the public.

A: There are actually several classifications that are authorized to install all or part of automatic gate systems. In addition to the “C-61”/”D-28” classification, a “C-28” (Locks and Security Equipment) can perform this work, and excluding the electrical components, a “C-13” Fencing Contractor can install the gates. A “C-10” (Electrical) contractor can install the motors that run the automatic gates.

If there are other contractors performing this work “out of classification”, the CSLB would need a formal complaint filed so they can investigate it. The public, including licensed contractors, are the ‘eyes and ears’ of law enforcement.

Re-Apply for License Following Revocation
Q: Several years ago my license was revoked for reasons that I won’t get into and since then I’ve been working for another licensed company. I’d like to get my license back, is that possible?

A: It’s possible. You need to re-apply for the license and as long as it’s been under 5 years since the revocation you would not need to re-test. To re-instate the license you would have to show proof that you have fully complied with the terms and conditions of the revocation. In addition, you will likely need to post a Disciplinary Bond in addition to the Contractor’s Bond. If you are applying under the same entity with the same personnel, and the entity is in good standing with the Secretary of State, you can request that the license number be re-issued.

While knowledge is power, knowing where to go for the answers is half the battle. Get expert assistance immediately when you call 866-443-0657, email info@cutredtape.com, or write us at Capitol Services, Inc., 1225 8th St. Ste. 500, Sacramento, CA 95814. Research past columns at www.cutredtape.com.