A Line-Item Veto Well Worth Making

The National Center for Construction Education and Research (NCCER) is a labor neutral, not-for-profit organization that has developed a standardized pre-apprenticeship training program used across the nation, including in California.

By Michele Daugherty
President and CEO of the Associated Builders and Contractors of Northern California
Wednesday, June 27th, 2018
article originally posted at Fox and Hounds Daily 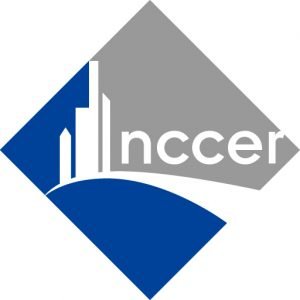 When Gov. Jerry Brown considers a new state budget for the fiscal year beginning July 1, he’ll have a rare opportunity to simultaneously continue a program giving people a second chance in life, reducing prison recidivism, and saving the taxpayers money.

All he has to do is run his pen through a part of the state budget that would junk highly successful pre-apprenticeship curriculums currently in use in 33 of the 35 correctional facilities and replace it with one that is exclusive and union only.

This would be a line-item veto well worth making.

The bid by the State Building and Construction Trades Council, a labor union, to monopolize control of pre-apprenticeship programs run by the Department of Corrections and Rehabilitation (CDCR) was tucked into Senate Bill 825, the main part of which, project labor agreements (PLAs), stalled in the State Assembly. PLAs give construction unions a monopoly control over publicly funded projects.

The pre-apprenticeship component of SB 825, however, was removed and inserted into the state budget. It’s now up to Governor Brown to determine why it’s worth wasting taxpayers’ money to change programs.

To switch from the currently-used NCCER curriculum at its 33 prisons to the union-preferred MC3 program, CDCR anticipates possible costs of around $640,000 for training, materials, and changes to its electronic tracking system (SOMS).

A word about NCCER is needed to fully understand the complete needlessness of removing its curriculum. The National Center for Construction Education and Research (NCCER) is a labor neutral, not-for-profit organization that has developed a standardized pre-apprenticeship training program used across the nation, including in California.

How good is it? Both the governor-appointed state apprenticeship council and the federal apprenticeship office at the U.S. Dept. of Labor have approved the NCCER program, standards and curriculum. That’s why it comes as no surprise that the California Department of Education, state’s university system, and California’s community college system have all chosen to use and benefit from NCCER curricula.

So, you see, replacing NCCER with MC3 has nothing to do with making an improvement. It has everything to do with pure politics and allowing one specific group to monopolize the pre-apprenticeship program.

This issue is personal with me. Growing up with an absentee father, learning a trade offered me a pathway up and out of what could have been an endless cycle of minimum-wage jobs. It also afforded me the ability to go to college. Since that time, as an NCCER master trainer myself, I have spent the last two decades creating and offering programs that have built avenues out of poverty, especially for women, minorities, veterans, and the incarcerated.

I’d like to the assure the governor that my argument for keeping NCCER curricula can in no way be construed as being anti-union.

The Associated Builders and Contractors of Northern California, which I lead as president and CEO, represents construction companies that have partially unionized workforces, as well as ones that don’t. To exclude NCCER curricula is just as wrong as it would be to exclude MC3 curricula. There is room for both.

The premise of the original Senate Bill 825 was noble. We all want to reduce recidivism. As State Senate staff analysis put it, “Efforts to reduce the California prison recidivism rate will be vastly improved by providing inmates, both men and women, with access to pre-apprenticeship (preparation) programs within the prisons that lead to high performing state-approved apprenticeship programs upon re-entry.”

There is no reason to exclude inmate students who wish to learn from pre-apprenticeship programs that use other valid curricula, especially programs in use right now changing lives right now. Choice is always a healthy thing—monopolies never.